Pickleball is a combination of what three sports?

Pickleball is the combination of the elements of 3 different sports:

With an odd name like pickleball, you know it’s got to be a fun game! And it is – and so are the origins of what this game that combines some of the best aspects and rules of other sports. Not to mention it’s also got a lot of health, exercise and social benefits.

As we covered in our history of the game and how pickleball got its name — it was invented in the United States on by Joel Pritchard along with Bill Bell and Barney McCallum on a vacation on Bainbridge Island in Washington as a game to play with their kids.

The game evolved pretty organically over a few weekends as the families set up a makeshift court and started playing a ball game that ended up using elements of three other sports.

As time has gone on, the game has picked up quite a bit of unique pickleball-specific terms.

Now the stewards of the game are the USAPA, IFP, and Pickleball Canada. They provide national and international standards for rules, scoring, equipment, players ratings — everything. The sport continues to grow in popularity as more people have been exposed to it and now there are tournaments everywhere and professional players and coaches in all of the US states.

Aside from all being fun games, ALL of these four great sports generally involve:

But to get to the specific similarities…

What are pickleball’s similarities with Badminton? 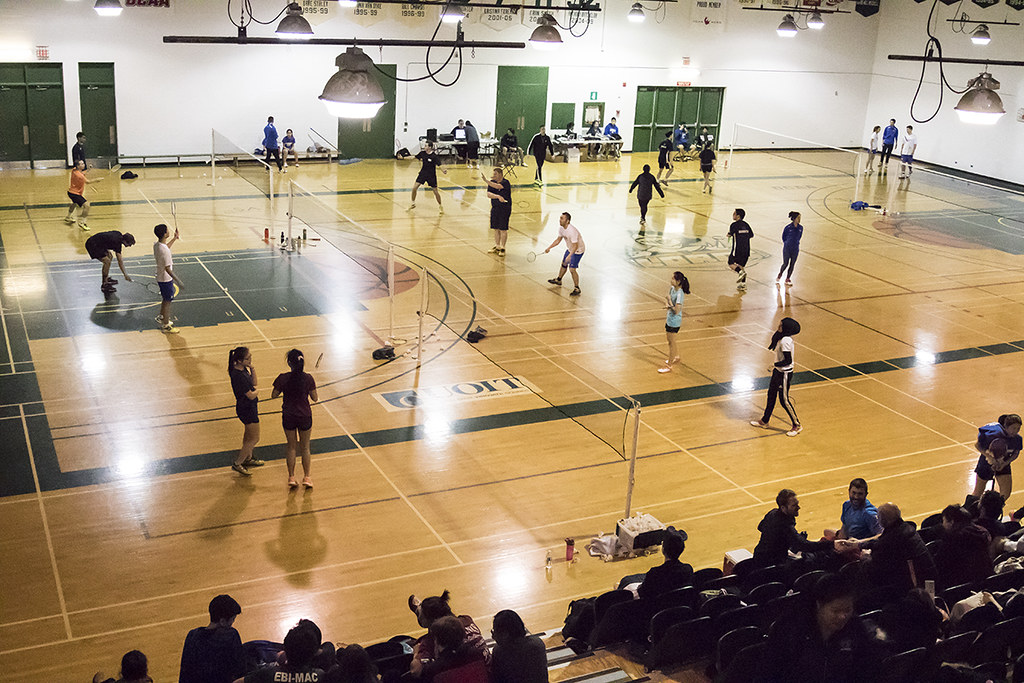 It’s similar because the pickleball court dimensions are the same as a badminton court. The reason being that when Joel Pritchard et al started to play pickleball, they used an old badminton court as the basis for their pickleball court. They did, however, lower the net from standard height down to 36 inches (and regulation pickleball net according to the USAPA should be 34 inches in the middle).

We have an article with our list of Best Portable Pickleball Nets here and a complete list of what equipment you need to play pickleball here..

In order to win at both games, the winning team must win by two.

There is a movement to start to use rally scoring in pickleball just as it is in badminton. Going by the official rules of pickleball, teams/players can only score when they are serving.

What are the similarities with Tennis? 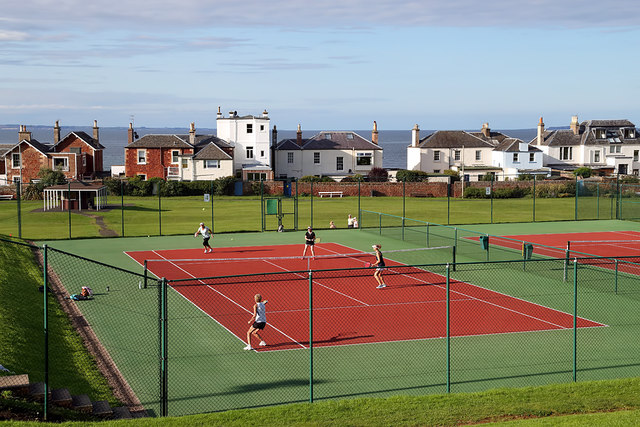 There are some obvious differences: no doubles lane on the court, the balls, the scoring, the rackets/paddles, you serve underhand in pickleball, you can’t be in the kitchen when volleying, etc. You can volley from anywhere on a tennis court.

But the racket based play of each game is similar, just on a smaller scale when you’re talking about pickleball — just look at the court above, it’s like they stretched out a pickleball court and added some lanes on the side.

In fact, you will often find pickleball courts played right over top a tennis court. The pickleball net is almost identical (though about 2 inches lower) than a tennis net.

You can play singles or doubles in both. Each play is first started by a serve to the opposite side of the court.

If you’ve played tennis, you should have an easy time picking up pickleball given the general similarity between the two sports.

What are the similarities with Ping Pong? Well again, when invented, they only had ping pong paddles to use for paddles so they used those and a whiffle ball to play the new sport they had just invented. Also, a current pickleball paddle can be seen as sort of like an enlarged ping pong paddle.

See our list of Best Pickleball Paddles for Beginners here.

Obvious difference: when you play pickleball you are on a court vs on a table. In the end pickleball is least like ping-pong and most like tennis.

By playing any of these sports — whether it be a singles game or doubles — you will complement your skills in the others. Given the similarities between these 4 games and how they are played, you can improve your skill by cross-training in each.

If you’re just getting started with pickleball, I’d recommend grabbing a one of these Best Pickleball Sets that we recommend along with the Best Indoor and Outdoor Pickleballs.

It’s pretty crazy to think that this hugely popular sport was invented over a couple of weekends at a family get together. Makes you think – what kind of new game or sport could you come up with that combines multiple other fun sports? Why not take the score rules from one, the ball from another, and the court of a third!

If you still want more comparisons between pickleball and other sports, check out this article on pickleball vs paddle tennis.

Grab a ball and mash some rules up to come up with something new! All you have to do is figure out what it’s called…